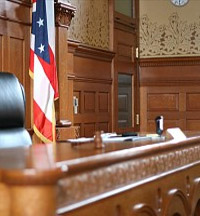 A protective order is similar to a restraining order, but it has far greater consequences. For example, protective orders are often used in divorce cases or custody cases to obtain an advantage.

If you have been served with a suit for an order of protection against you, please call my criminal defense law office immediately to discuss all options. Because your credibility will likely be tainted with protective order accusations against you. Therefore, you need a professional to speak on your behalf and defend your case. If you have been served with a hearing date because someone is seeking a protective order against you, please call me immediately.